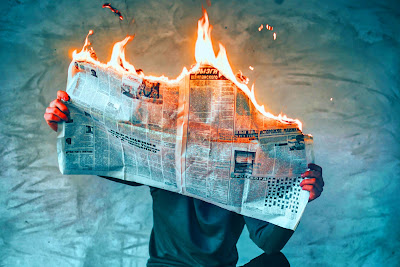 A roundup of today's fake news may itself be fake, the government has claimed. Judge for yourself:

An anti-stupidity vaccine, developed at the University of Quack Theories, has accidently been tipped into a deep fat frier along with the notes about how to make future batches of the humanity-saving drug.

Nonsense in the Dark, the tangy, dirigible craft beer, is now brewed using 100% wind power, thanks to high levels of flatulence among its customers.

Photo by Elijah O'Donnell on Unsplash