Arrests in Rs and elbows case 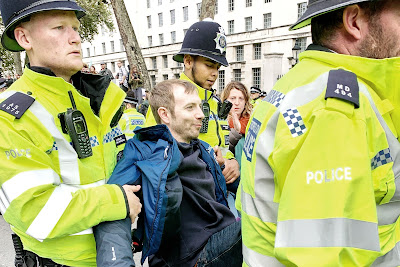 It is thought that thieves who broke into the offices of IJN and stole all our Rs were after a priceless collection of Chinese elbows.

The thieves were arrested when a passerby noticed the Rs hanging out of their trousers.

It makes no sense, said Inspector Frank Telletters of Catford Sidings CID. The gang walked straight past the exhibition of Tang Dynasty elbows worth £84m on open display in the office foyer. They then proceeded to attack the letter safe with welding equipment before making off with £4.20-worth of the letter R.

Unlikely as it may seem, it appears the thieves were confused about the difference between stocks of the Rs and the priceless Chinese elbows.

Chinese authorities have now removed the elbows from display at IJN's offices, citing security concerns. It appears the thieves were able to circumvent IJN's elaborate security arrangements when a bathroom window was left open.

Photo by John Cameron on Unsplash