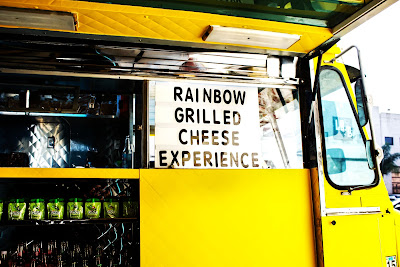 All the cheese that's fit to eat:

10:02 After Prince Charles was gunked in goats' cheese, Welsh tractor drivers have been told to drive more Caerphilly

9:58 After a £10m research programme, scientists have concluded that cheese straws are not as effective as plastic ones.

9:57 It has been pointed out that the Queen says Cheese day comes after Monday but it's too late because it's already AllCheeseFriday

9:41 Firemen in Bulgaria have used cheese to smother a fire in a bread factory. In other news: The world cheese-on-toast record is now held by a group of fire fighters from Bulgaria.

9:31 A man who is attempting to eat nothing but cheese for a year has been told by doctors that he's crackers.

Photo by Shari Sirotnak on Unsplash