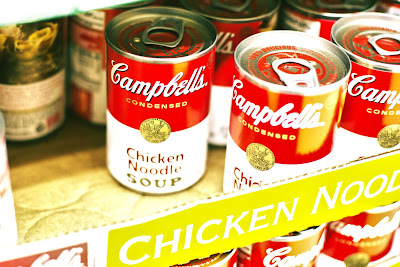 Badgers have seized control of the south Atlantic island of Fray Bentos chanting the slogan pies in tins is wrong.


According to our badger affairs correspondent Freya Buntos, badgers have for some time been frustrated by their inability to get at tinned foodstuffs.

This frustration has spilt over into coup d'etat in Fray Bentos, she reports. The island is uninhabited except for a canning factory and a small bar for workers. It is unclear how the badgers travelled to the island. It is thought that some of them may have come from as far as Catford Sidings.

It is thought the coup was triggered when badger plans to develop a tin opener failed after international inspectors shut down their laboratories. It is believed the badgers developed a twiddly cog thing but couldn't perfect the cutting circle thing in their bid for tin-opener technology.

International rules prevent the proliferation of tin-opening devices, currently restricting tinned food to just one species. Some believe squirrels have already secretly created tin-opening devices but because they live in communities closed to outsiders, information is scarce.

Bats have had tin openers for years but cannot operate them with their tiny fingers. Also carrying tinned food such as Fray Bentos pies make them unstable in flight.


Photo by Calle Macarone on Unsplash