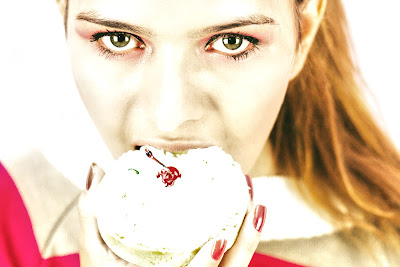 A government plan to make the north of England more southern has ended in disaster with a world-wide shortage of cake.

Events as they unfolded:

9:48am: The entire southern town of Staines was moved to a site near Altringcham in Cheshire. This caused long tailbacks on the M25 as drivers trying to reach Staines became confused.

10:51am The site vacated by Staines was purchased by the Donglefart Black Pudding company of Burnley as part of an expansion plan into the south of England.

11:05am The first residents of Staines begin buying whippets and flat caps, a sign that the government strategy for the southernisation of the north is failing.

11:26am The first Donglefart black puddings come off the production line are quickly purchased from a butcher in Egham.  Egham residents are heard saying Eee by heck.

12:02am A sharp drop in the value of the south causes a run on Pontefract cakes. Traders notice the failure of the government strategy and start to buy Pontefract cakes with a view to making a massive profit.

12:08am Computerised trading means the price of Pontefract cakes varies wildly, at one point being too expensive for millionaires.  One trader says: I made £4m by buying and selling over 40,000 Pontefract cakes in an hour and I don't care if it ruins the tea shops.

12:12am Some hedge funds are now selling for £25.90 Pontefract cakes that won't be baked until next Tuesday. It's madness says one expert.

1:15pm Fearing a spread of cake fever into mainland Europe, The market in Battenberg, Waldeck-Frankenberg in Germany closes.

2:16pm  Dundee, Chelsea, Eccles and Bakewell have all imposed restrictions on the buying and selling of cake to prevent what is now being called Pontefract Syndrome.

2:56pm The Bank of England injects 50m public schoolboys into Kent to keep it southern as the Government's strategy continues to cause problems.

3:24pm The Donglefart Black Pudding Co is nationalised and moved north. Plans to move Staines back to its original position are announced.

4:04pm The whole of the Black Forest is now closed as the German government seeks to control run-away gateaux trading.

5:18pm Long delays on the M25 as drivers find Staines exactly where they expect it.


Photo by Matheus Ferrero on Unsplash