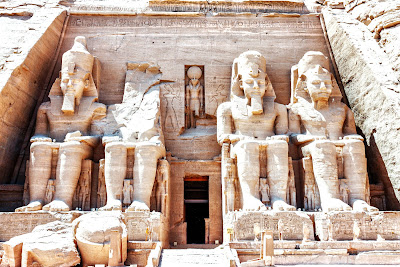 Movies date back much earlier than originally thought, with the discovery this week of Ancient Egyptian feature films.

One film, created on transparent papyrus and dating from 2000BC, appears to show a badger wrestling with a dolphin in a dispute over the marriage of a bee and a snake (we're working off the hieroglyphic subtitles).

Archeologists, digging near Alexandria in Egypt also found what is believed to be a very early version of Seven Brides for Seven Brothers.

Photo by AussieActive on Unsplash