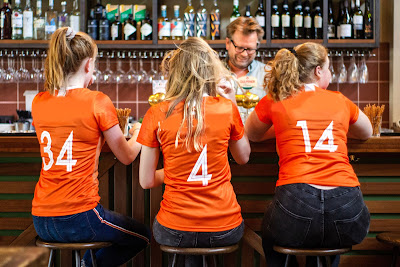 The Starbucks Pub in Lower Grumps has been threatened with legal action by a well-known coffee firm.

In fact, the pub isn't named after Starbucks who sell coffee, said landlady Eunice Pewniss. We named it after our horse, Star, who bucks.

But lawyers for the American coffee company say the pub must be closed, the owners imprisoned and the building razed to the ground.  They also want a million trillion dollars in compensation.