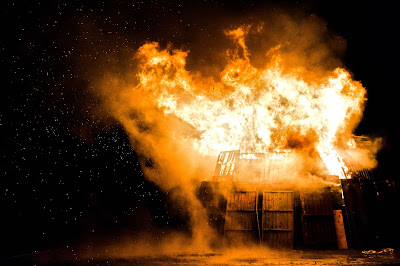 The loud bang heard in some areas of Nancy Pelosi last night is thought to have been caused by the explosion of a crashed Zeppelin buried by its German crew in the first world war to stop it falling into enemy hands.

Its presence was previously unknown until a practice run for carrying the Olympic torch happen to go right over the top of it.

Mr Fengle Peterbash, 58, of Probable Lashings, who was carrying the torch at the time of the incident, was thrown clear and unharmed. However, he now speaks with a pronounced German accent.

Photo by Stephen Radford on Unsplash

3:51 PM
Teens in Wackfactor Natwack have used a 3D printer to print a printer. The printer they have printed will be used to print more printers. Some zebras are sporting horizontal stripes this season claiming they are slimming. This has sparked road-safety fears. Pillar boxes in Catford Sidings are to be painted yellow and bent slightly as part of the celebrations for British Banana Week. Parts of Wales are under several feet of rock tonight after being declared "hilly". Ancient geological activity is being blamed. More than 82.4% of zigs are followed by a zag, research by the Institute of Things has revealed. No-one knows why. Plans to make cheese rolling safer by replacing the cheese with howitzers have been branded as lunacy by Gloucester police. Airlines are to improve the flavour of tea at altitude by adding sponge fingers. This will also make the tea safer during turbulence. Photo by Dan Cook on Unsplash
Read more