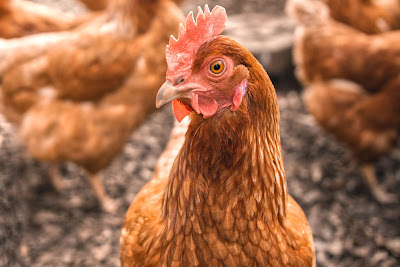 A new breed of super-intelligent, genetically modified chickens is taking over the footwear industry, experts say.

The shoeshoppo chicken is a biproduct of genetic experimentation in the 1990s and some of those which escaped set up their own shoe shops.

Now it appears that a number of high-profile mergers in the footwear industry were actually made by dummy companies, fronts for shoeshoppo chickens.

Major high street names like Dolcis and Clarks are now owned and run by chickens.

It is deeply worrying, said Sid Cloggs of the British Footwear Industries Association, that chickens can take over an entire industry like this. I am very concerned that the chickens may extract all the value they can and then leave the British footwear industry in tatters. They have no interest in maintaining the formerly high standards of our industry. They don't even wear shoes themselves.


Photo by William Moreland on Unsplash