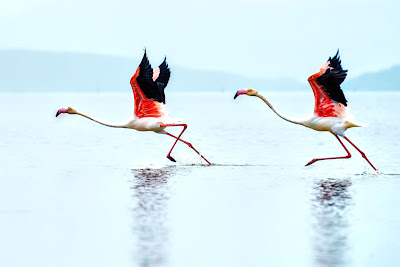 Meteorolgists say that carrying a flamingo will not protect you from nonsense. In fact, it may make things worse.

It is a widely held myth that carrying a large pink bird can help nonsense sufferers, said Dimitri Ologist of the Institute of Weather and Things. In practice, research shows that far from helping, it may open you to scorn and ridicule which can only make the effects of nonsense worse.

Parts of the UK have been experiencing high levels of nonsense because of unusual solar activity. However, strange lights in the sky over Catford Sidings turned out to be traffic lights fitted, in error, to poles more than ten times the usual length and not, as first reported, the physical manifestation of the high nonsense levels.

The Met Office is to include nonsense warnings on its weather charts from 1 April. Areas of high nonsense will be represented by pink flamingos.


Photo by Dattatreya Patra on Unsplash