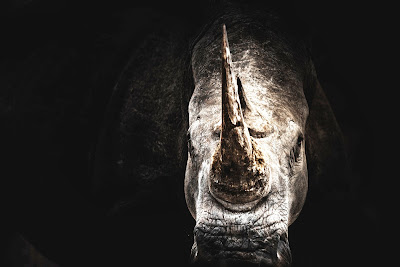 Scientists have successfully crossed a tiger with a shrew to produce a cat that burrows. It is expected to help control the mole population.

Meanwhile, other scientists have crossed a mole and a rhinoceros to produce an animal that does *real* damage to your lawn.

It was highly irresponsible to breed a mole that could create havoc, said Jim Following of the Radical Gardiners League. We can only hope that the tigershrew breeds in sufficient numbers to wipe out the rhinomole.

Gas supplies in Furflung Nundings were disrupted for two days after an escaped tigershrew ate through a pipeline and the A24 at Pickles Jarring was closed after a tigershrew ate straight through a bridge. A 500m gorge has opened up Soonshire. It is thought to have been created by a colony of tigershrews.

The collapse of Catford Sidings hospital is being blamed on rhinomoles undermining the foundations.


Scientists are now working to cross a blue whale with a cheetah in the hope that the resultant animal will eat rhinomoles and tigershrews.